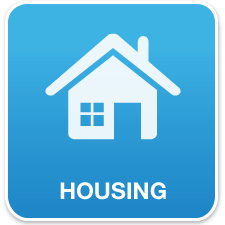 At our monthly meeting on January 13, 2015, LSEA leaders affirmed their support for the proposed "Keeping the Promise" ordinance, and committed to participate in a press conference scheduled for 9 a.m., Wednesday January 21, 2015, on the second floor of Chicago City Hall.

LSEA member congregations are encouraged to turn out support for this important press conference.


About the "Keeping the Promise" Ordinance

(From the Chicago Housing Initiative website) "The Keeping the Promise Ordinance urges Chicago’s City Council to step in to end the abuses allowed under CHA’s federal de-regulation agreement. . . . According to CHA’s latest financial report (FY2012), the Chicago Housing Authority is sitting on surplus cash of more than $432 million. (To put that in perspective, CHA’s cash stockpile is larger than the whole City of Chicago’s budget deficit for 2014.) . . . The CHA has accumulated this cash surplus by deciding to circulate 13,500 fewer housing vouchers than HUD has funded CHA to provide annually."

Read full details of the the "Keeping the Promise" Ordinance on the website of the Chicago Housing Initiative.

On eve of Chicago's annual count of the homeless, City Council members demand hearing on an ordinance that could help thousands access housing with the Chicago Housing Authority; Proposed ordinance would create a local accountability mechanism for CHA

WHAT: Aldermen urge hearing on Keeping the Promise Ordinance, on eve of annual homeless count

CHICAGO – January 21, 2015. On the eve of the City’s annual count of the homeless, City Council members will urge Alderman Ray Suarez, Chair of the City Council Committee on Housing and Real Estate, and Mayor Rahm Emanuel to call a hearing on the Keeping the Promise Ordinance, which would help over 10,000 more low-income families access affordable housing with the Chicago Housing Authority, at no cost to the City’s budget.

In the wake of recent cold-related deaths of the homeless and extreme weather conditions, Aldermen across the City are growing increasingly anxious about what the upcoming, Jan. 22nd “snapshot” of Chicago’s homeless population will reveal. Last year’s Point-In-Time homeless count revealed nearly 1,000 homeless individuals sleeping on the streets, despite frostbite and hypothermia warnings in place throughout the mid-January overnight count.

Aldermanic support for reform of the Chicago Housing Authority has grown after a Report issued in July by the Center for Tax and Budget Accountability (CTBA) revealed that the Chicago Housing Authority failed to issue an average of 13,500 available housing vouchers each year over the last five years, instead stockpiling over $432 million in surplus cash between FY2008 and FY2012. The Keeping the Promise Ordinance would increase City Council’s oversight of the CHA, to ensure available funds are used in an efficient and timely manner to help the greatest number of families. At least 15,900 of the families who applied for CHA assistance during the November waitlist lottery are homeless.

Alderman Joe Moreno, the lead sponsor of the Keeping the Promise Ordinance states, “Tomorrow, volunteers across the City will help count the homeless men, women, and children who are sleeping on the streets of Chicago right now. But let’s not just count them, let’s house them! Helping these individuals --- saving their lives---- is within our power as a city, but we can’t do it without getting the Chicago Housing Authority running in a better way. My colleagues and I are committed to that. We are demanding Alderman Suarez hold an immediate Hearing on the Keeping the Promise Ordinance to move this important legislation forward.” 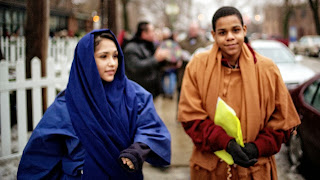 On the heels of a December 10, 2013, community meeting that brought over 400 people out to demand an immediate opening of unused units to people in need of housing, on Saturday a coalition of churches, community organizations, and residents associations will hold a holiday Posada -- a Latin American traditional re-enactment of the search by the parents of Jesus for hospitality -- that does double-duty dramatizing the plight of people left in the cold by Chicago housing policies.

(See POSADA 2013: Is there room at the inn at the CHA’s Lathrop Homes? on the Remedy for Violence website.)

Posted by Joe Scarry at 3:52 PM No comments:

2013 was a year in which LSEA solidified itself, and in 2014 LSEA really began to thrive.


Regularity and Participation - Continuing a practice we established in 2013, we continued regular monthly meetings (graciously hosted by the Alliance of Local Service Organizations (ALSO) -- which focuses on violence prevention -- at 2401 W. North). By the end of 2014, we recognized a need to expand the monthly meeting to two hours. We have observed that this enables us to work efficiently, and to welcome new participants smoothly into our activities. We saw a substantial number of congregations and organizations participate in 2014 that had not participated in 2013.

In the second half of 2014, we held a "connecting and fellowship" event specifically designed to invite more lay members into participation in LSEA. We plan more activities of this type in 2015, beginning with training to be provided in collaboration with Community Renewal Society (CRS) in February and March.

A goal for 2015 is to even more effectively provide for the participation of a larger circle -- both in terms of number of congregations, and number of participants from each congregation.

A goal (and a challenge) for 2014 will be: as a larger number of congregations participate in LSEA, we will need to discern the best ways to build on the ideas about public witness that have already begun to take hold within LSEA, as well as be open to new ways of doing this work together.

Listening to the Neighborhood: Housing Justice and Gentrification - The issues of housing justice and gentrification were already important issues for LSEA in 2013; in 2014 these issues became only more pressing. As indicated above, a great deal of our attention and energy was directed to these issues. Already in January, 2015, we are pleased to be collaborating with the organization Somos Logan Square on a 4-part series of events to educate the public about gentrification.
At the same time we are attentive to a wide range of concerns in our neighborhood, city, region, and country. For instance, in 2014 we sponsored an event in Chicago by a Michigan social justice activist, Rev. Edward Pinckney.

Issue focus continues to be a high priority. We recognize that a degree of focus is essential in enabling us to act effectively.


Listening to Each Other: Being Church Together in Logan Square - As our circle of participants has grown, we have become more and more intentional about making space to listen to each other's stories. We recognize that we are engaged in a joint enterprise, and we are finding more and more ways to be attentive to the true needs as well as the real possibilities of all of our congregations here in Logan Square!


We rejoice in the opportunity to continue proclaiming together in 2015: Christ is alive in Logan Square and Chicago!

Posted by Joe Scarry at 9:27 AM No comments:

Logan Square Ecumenical Alliance (LSEA) is a group of social action-oriented congregations and organizations in the Logan Square, Chicago area, and includes:

See also the blog for our 2013 program: Remedy for Violence

This month: most popular posts